Almost the entire week was spent on the way to, at or returning from Bouchercon World Mystery Convention in San Francisco. In spite of my best efforts, some books did find their way into the luggage and home. All are mysteries of some stripe, one sub-genre or another, from cozy to thriller to nearly science fictional.

My descriptions will be brief this time, but note that all are new copies, some provided to attendees in the book bag, marked (BB), the rest purchased out of pocket. None were provided specifically to me nor with the expectation of a review, positive or negative. Here they are, as always click to see larger image. 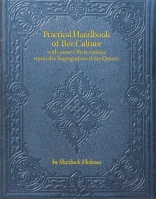 61 Hours by Lee Child – (BB) – paperback of last years’ Jack Reacher mystery, which means it’s tough and fast-moving. There must be more than a dozen in the series by now, I’ve read none of them, but since this is in hand I’ll try it.

A Glimpse of Evil by Victoria Laurie – (BB) appears to be a cozy, at least one previous book in series. Will I read it? Maybe.

Bloodline by Mark Billingham – (BB) – Wife likes the Billingham she has read, notably Scaredy Cat, so she was glad to pick this one up. On panels, Billingham needs no microphone – he has a big voice – even in the largest room.

Bury Me Deep by Megan Abbott – I already had a copy of this one, but made a point of meeting my friend Patti Abbott’s daughter and getting her sign a copy I bought at the con just for that. She’s delightful. This book was short-listed for every award out there, confirming it’s quality though it won none of them, a fact that also confirms the high quality of the competition in 2009 publications.

Bury Your Dead by Louise Penny – I admit I just love Penny’s books and when I discovered she would be at the con I waited to buy this hardcover until I could get her to sign it, which I did, acting like a foolish adoring fanboy. She was cool and gracious in return. This will probably be the first book from the con that I read, perhaps even starting tonight.

Do They Know I’m Running? by David Corbett – one of the most highly praised books at the Favorite Books (Most Likely To Succeed) panel on Thursday. I went right down to the book room and bought it.

The Doomsday Key by James Rollins – (BB) – I know nothing of Rollins, this was on every chair when we went in to the Opening Ceremonies. The blurb makes it sound like a cross between Dan Brown and Tom Clancey. It’s probably not, as blurbs can be misleading… but it’s a political thriller mixed with a worldwide biohazard plague story. I think.

Fever in the Bone by Val McDermid – like them or not, Val McDermid can’t write a bad book. She’s a delightful person with a wicked sense of humor and her books are downright scary at times, prying inside the twisted psyche of bad people who do bad things. But there’s hope, psychological profiler Tony Hill is on the trail.

Ghost Country by Patrick Lee – (BB) – sounds like a melding of mystery and science fiction, with time travel, apocalyptic future and lots of people with secrets they don’t want known. I suspect this will either be a lot of fun or a disaster. I wish it had been written by Jack Vance.

Live to Tell by Wendy Corsi Staub – my wife bought this one after hearing the author on a panel, but later when I asked her what it was about she couldn’t remember. That happens when you go to 15 panels in 5 days, each with four or five people talking about their books.

Locked Rooms by Laurie King – (BB) – another book I already had on the shelf, the next one in the series I need to read. It was in the book bag and I figured I’d have a spare copy or put this one on book swap or something. King is far too good to toss away.

Margarita Nights by Phyllis Smallman – (BB) – another one I know nothing about. I haven’t even read the blurb.

Mystery Montage by Patricia Morin – (BB) – short story collection. Don’t ask for more because I don’t have any more.

Practical Handbook of Bee Culture with some Observations upon the Segregation of the Queen by Sherlock Holmes (really by Laurie King) – (BB) – part of the promotion for King’s latest Russell & Holmes The Life of the Hive. king was Guest of Honor and got a lot of publicity and attention. I like the series so I’m glad of that.

Precious Blood by Jonathan Hayes – another one where Wife saw the author and bought the book, so it must be dark and a little twisted and there’s a good chance of a serial killer in it somewhere.

The Sherlockian by Graham Moore – (BB, ARC) – Conan Doyle and Bram Stoker team up, but there’s a second thread about a missing Arthur Conan Doyle diary, found in the present day by a member of The Baker Street Irregulars. That may not sound appealing, but I like Holmesian and Sherlockian (there’s a difference!) stuff. I started reading this on the airplane coming home and got right into it. A keeper.

Soho Constable and Soho Crime Sampler by Soho Crime Press- (BB) – these are printed back-to-back like an old Ace Double, feature previews of stories forthcoming from the Uk’s Soho Press for the 2010-2011 publishing year.

Velocity by Alan Jacobson – Wife was so impressed by Jacobson and his discussion of this book that she raced to the book room and bought the hardcover. Usually this would have been a get-at-the-library item. She’s eager to read it. The comments I made above about Precious Blood will apply here, I’m sure.

The Whisperers by John Connolly – Along with Val McDermid, Connolly is my wife’s favorite author, so a new book by him and him signing it, was a priority for this Bouchercon. The stars were in alignment.

That’s it, folks. Just a few things from that mystery book convention thing up by the bay…