this is the 60th in my series of forgotten books

This is volume 1 of Black Dog Books Lester Dent Library, a series of (so far) five books. 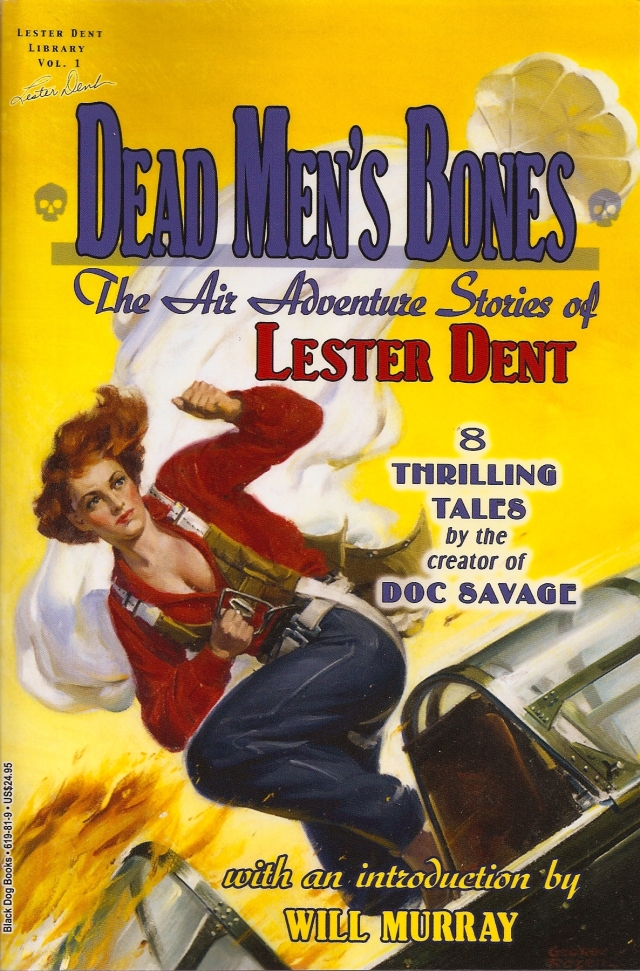 This collection of eight stories by the author of Doc Savage – most written before that character appeared in print. Lester Dent was a pulp writer with great imagination and he could really pound out the stories; a very prolific writer in his years writing pulp stories, novelettes and novels. These are good examples, and show the promise later fulfilled in the Doc Savage stories and novels.

These stories all have some things in common: they all feature a pilot as the good guy hero, they have some kind of fight or battle in the air, they all have a pretty girl in distress and of course they have a happy ending. That’s all good.

Aside from that, the plots vary but there are similarities. The stories weren’t written to be read back-to-back, and quite honestly I pictured the same heroic pilot in all of them though the name differed in each. There’s plenty of shooting, handguns and machine guns abound, bad guys get killed at a sometimes alarming rate, good guys get shot and also sometimes killed, the hero gets wounded but fights through, planes are patched up, plots revealed, fortunes in jewels, gold or furs discovered. These stories, and thus this collection, is a kick in the pants; fun and full of action, highly recommended. Another winner from Black Dog Books.

links to all of the Forgotten Books posts may be seen at Patti Abbott’s blog, Pattinase