Okay, I admit I may have bought a couple of things I didn’t really need, but I had a bit of a scare when I read about Dorchester Publishing going to all e-book or POD and then other articles about the e-book “revolution” caught my attention and I sort of panicked a little over the whole thing. For a minute there, I felt like I needed to buy every ink-and-paper book in sight, before they just… disappeared. I didn’t buy everything in sight, but I did buy a few things. Here they are, with – as always – covers first, descriptions after. 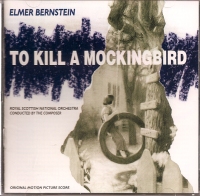 The Best of Kim Stanley Robinson – edited by Jonathan Strahan [Night Shade Books, 2010, hardcover, new] – science fiction short story collection – Robinson is well known for his science fiction, especially the Mars Trilogy. I have not read any of his short fiction and am looking forward to this.

The Bird of the River by Kage Baker [Tor, Tom Doherty Associates, July 2010 hardcover, library copy] – stand-alone fantasy novel – With her recent passing, this may well be her last book. I read her first two “Company” books, then didn’t continue that series and haven’t read any of the newer books, but this comes highly recommended and I’m reading it now.

Honey in His Mouth by Lester Dent [Hard Case Crime, October 2009 mass market paperback, new] – mystery novel – A “look-alike” mystery novel (our hero looks just like someone else…) by a writer long known for his storytelling, from pulps to adventure, science fiction and mystery. One of those books where “what’s the worst that could happen?” isn’t a question anyone should ask.

Murder is My Business by Brett Halliday [Hard Case Crime, August 2010 mass market paperback, new] – mystery novel featuring Mike Shayne – I already had a copy of this , the Dell Mapback edition, but wanted to buy this copy both for the McGinnis cover and to have the Hard Case mass market paperback edition. I’m getting worried these may become an endangered species.

To Kill A Mockingbird – music by Elmer Bernstein [Varese Sarabande, VSD-5754, 1997 Film Classics series, new] – soundtrack CD – there has been a lot of attention paid to this book and film with it’s anniversary, and this is an essential soundtrack, which I somehow didn’t already own.