The Wall Around the World

This is the 35th in my series of Friday Forgotten Books 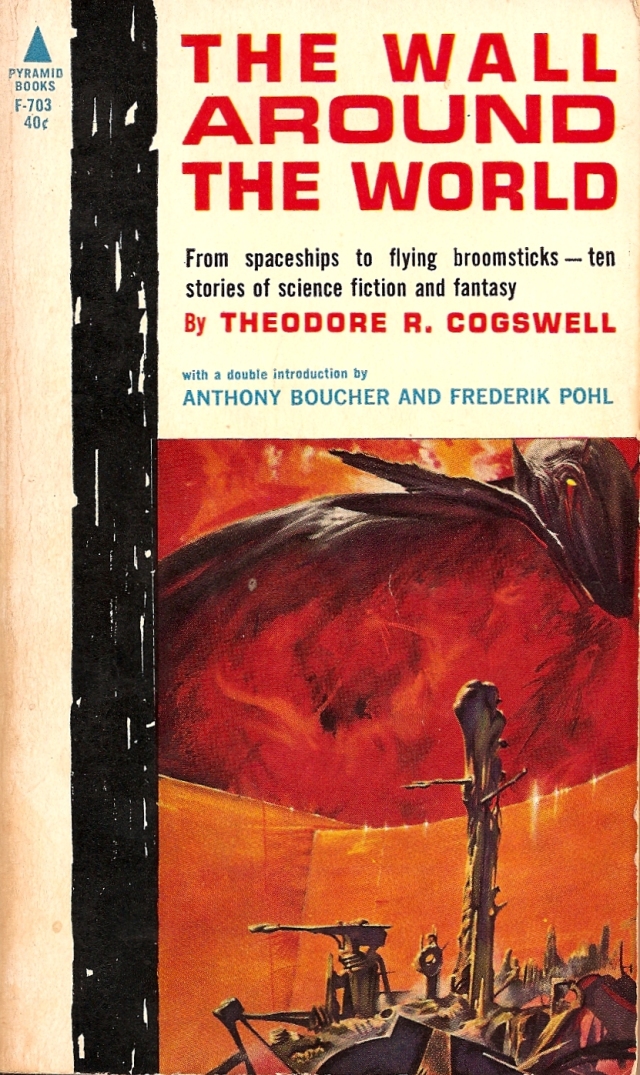 Not long ago, I read a blog post about the June 1952 issue of Astounding Science Fiction magazine, and the cover story “The Spector General” by Kurt Dixon, a pseudonym of Theodore Cogswell. I remembered that issue, the cover art was familiar, but I couldn’t recall one darn thing about the story. The blog post – and if you are reading this and were the one who posted that, please speak up because I simply cannot remember who it was – praised the story and Cogswell and it motivated me to seek and buy this collection.

I’m sure glad I did, because there are pretty darn good stories, and three of them, “Spector General”, “The Wall Around the World” and “Invasion Report” are better than good, they’re terrific. While “Wolfie” is the weakest of the lot, the truth is I liked all of them pretty much and would recommend this collection to anyone.

Notice there are two introductions? You don’t see that every day, and there’s a reason for them being here: labels. At the time this was published, labels were a big deal in SF and in Fantasy and there was a lot of feeling that the two of them should not cross, touch, be combined or in any way contaminate each other. Elves and swords stayed on one side of “the line” and rockets and aliens stayed on the other side. So Boucher and Pohl both make, in their own way, a case for the reader to forget the labels, don’t worry about genre, and just read and enjoy the stories, which is very good advice from knowledgeable persons.

I’d buy this for “The Spector General” alone, and did, I guess, so the rest was all a bonus, and what a nice one it is.

14 Responses to The Wall Around the World