December 7th, 1941. I was born just under four years later, but this day affected my life and the lives of every other American of my parents generation. WWII and our involvement in it are significant place markers in their lives. 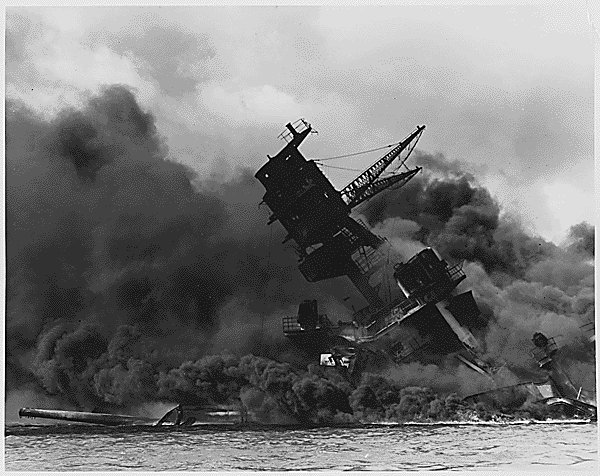 WWI was the war to end all wars, WW II shouldn’t even have been necessary – war is never necessary – but apparently the warlike nature of mankind won’t let peace reign. That’s a pity. Though everyone is caught up in the beginnings of the holiday season, the struggles with the economy, just getting on with daily life, this is a good day to pause and remember the bravery of those who fought, it was a simpler time, when things seemed much more balck-and-white.

We need to also remember shameful mistakes made, such as the imprisonment of Japanese-Americans at Manzanar and other camps.

Enjoying life in Portland, OR
View all posts by Rick Robinson →
This entry was posted in Personal Opinion. Bookmark the permalink.